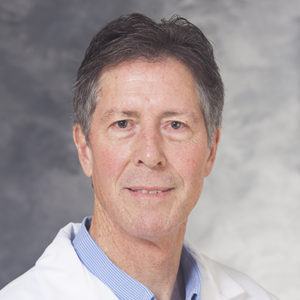 The Rapraeger laboratory focuses on the syndecan family of cell surface receptors.  Recent discoveries in the laboratory have shown that syndecans contain docking sites in their extracellular domains that act as“signaling organizers” by providing docking sites for other plasma membrane receptors, especially integrins and receptor tyrosine kinases with well-known roles in cancer (e.g., IGF-1R, EGFR, HER2 and VEGFR2).  They have found that tumor cells, and often vascular endothelial cells participating in tumor-induced angiogenesis, rely upon these receptor complexes to drive proliferation, suppress apoptosis and invade.  Furthermore, the signaling from the receptor tyrosine kinases that supports tumors demands that the kinases be assembled with the syndecan.  The Rapraeger lab also showed that highly specific peptide mimetics of the docking sites in the syndecans (called “synstatins” or “SSTNs”) compete for assembly of the receptor complexes, prevent tumor-specific signaling and block tumorigenesis.  The peptides are remarkably stable, with half-lives of over a day, show no toxicity because of their high specificity and their lack of effect on normal cells, and are thus promising new cancer therapeutics.  They are currently examining the role of these receptor complexes, and their inhibitory SSTNs, in head and neck cancer, breast cancer and multiple myeloma. Dr. Rapraeger is an experiences trainer ans was the founding Director of the Office of Postdoctoral Studies at the University of Wisconsin.