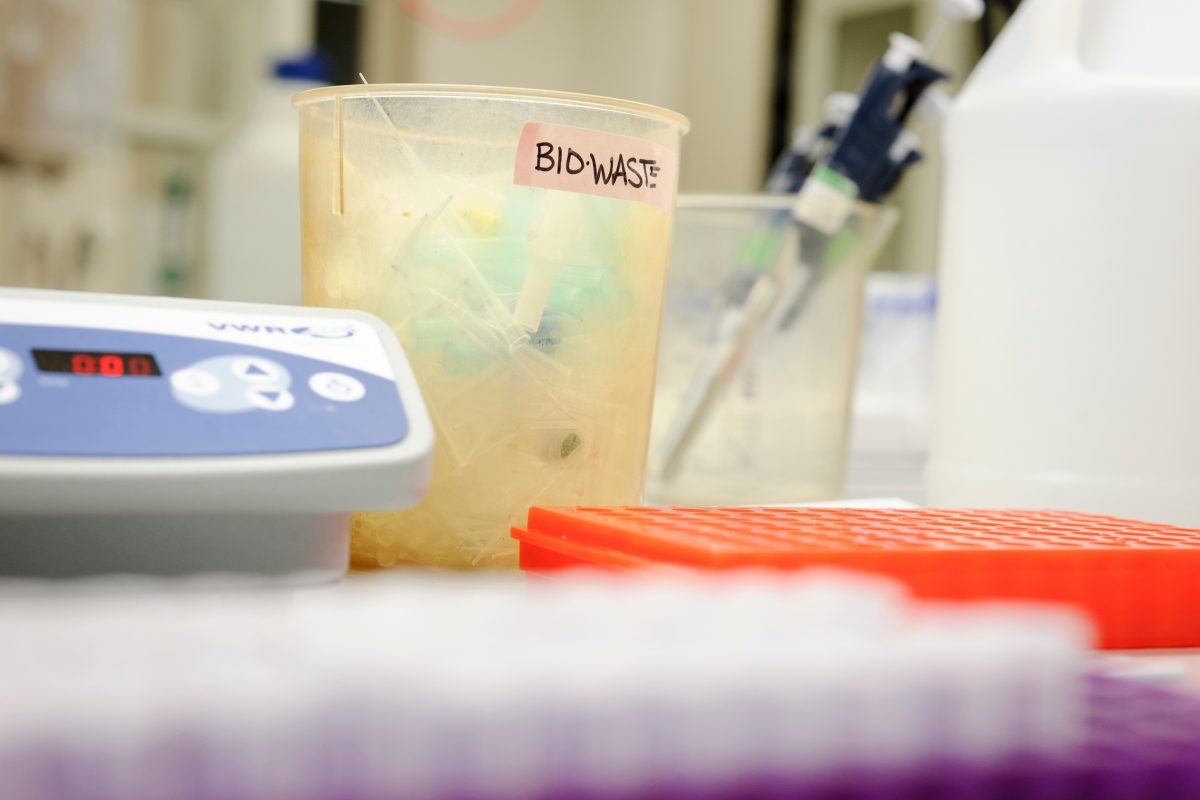 The National Science Foundation has released its 2019 fiscal year Higher Education Research and Development Survey, or HERD, data, showing that the University of Wisconsin–Madison ranked 8th place in the national research rankings for public and private universities. UW–Madison also ranked 8th in the last survey covering the 2018 fiscal year.

Among public universities, UW–Madison ranked 6th, the same ranking as in fiscal year 2018.

The HERD survey is the primary source of information on research and development expenditures at American universities and colleges. Tabulating expenditures is one way to measure academic research activity.

In fiscal year 2019, more than 900 universities responded to the survey.

“UW–Madison is committed to sustaining its position as an innovation leader, as is evident by our investment in growing our faculty and launching new research initiatives to seed projects so they are more competitive for extramural funding,” says Steve Ackerman, vice chancellor for research and graduate education. “I’m especially proud that our campus research community provides a backbone to the Wisconsin Idea in areas such as timely and critical public health response. This is demonstrated by the university’s research related to the COVID-19 pandemic, and also through our efforts to engage in fundamental research to ensure significant continuing advances in the arts, education, STEM and the social sciences.”

Funding for academic research at UW–Madison comes primarily from the federal government as well as institutional funds. Additional sources include state and local government, industry, nonprofit organizations, and foundations that support the university. The two most significant private contributors of research support to UW–Madison are the Wisconsin Alumni Research Foundation and the UW Foundation.

While the HERD Survey tracks expenditures, it is not the only leading indicator of UW–Madison’s research and scholarly success. The university has recently received additional prestigious ratings.

“Our investment in new technologies and upgrading research infrastructure attracts top faculty and students, provides a training ground for the scientists and engineers of tomorrow, and allows us to advance science and propel whole fields forward,” explains Ackerman. Facilities improvements are reflected in UW–Madison’s top five placement on the National Science Foundation biannual Survey of Science and Engineering Research Facilities.

Hiring and construction have also been underway for several years to enhance and complement UW–Madison’s strengths in cryo-electron microscopy, structural biology and biomedical research. In late 2020, UW–Madison was selected by the National Institutes of Health to serve as a national cryo-EM research and training hub, supported by $22.7 million in funding over six years. This spring, the campus Cryo-EM Research Center will open.

UW–Madison also recently celebrated the opening of the 67,540-square-foot Meat Science and Animal Biologics Discovery Building, a project made possible by an investment of more than $57 million from 256 donors and the state of Wisconsin.