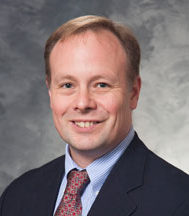 Dr. Evan’s research program is directed toward understanding host-pathogen interactions for human and simian immunodeficiency viruses. Current areas of investigation include mechanisms of lentiviral resistance to tetherin/BST-2, the role of killer-cell immunoglobulin-like receptor (KIR) and MHC class I interactions in regulating natural killer (NK) cell responses, and antibody-dependent cell-mediated cytotoxicity (ADCC) as a mechanism of protective immunity. Recent studies from the Evan’s lab have contributed to understanding the role of antibody-dependent cell-mediated cytotoxicity (ADCC) in immunodeficiency virus infection. Together the lab has developed an assay for measuring the ability of antibodies to direct the killing of HIV-1- and SIV-infected cells expressing native conformations of the viral envelope glycoprotein (Alpert et al. J. Virol. 2012). For its physiological relevance, sensitivity, broad dynamic range, and reproducibility, this assay was selected as one of six primary variables for the immune correlates analysis of the RV144 (or “Thai trial”) vaccine trial (Haynes et al. N. Engl. J. Med. 2012). Using this assay, they found also that the time-dependent maturation of complete protection in macaques immunized with nef-deleted, live-attenuated SIV is associated with progressive increases in ADCC activity against the challenge virus (Alpert et al. PLoS Pathog. 2012). More recently, the Evans lab reported a general correlation between ADCC and virus neutralization by HIV-1 Env-specific monoclonal antibodies (von Bredow et al. J. Virol. 2016), which indicates, perhaps not surprisingly, that most antibodies that are able to bind to functional Env trimers on virions to block infectivity are also able to bind to Env on the surface of virus-infected cells to direct their elimination by ADCC; however, this correlation was imperfect revealing specific differences in Env epitopes exposed on the surface of infected cells and virions. The relevance of this research program to cancer biology is two-fold. First, AIDS-related malignancies, especially cancers caused by viruses such as Epstein-Barr virus (EBV) and Kaposi’s sarcoma associated virus (KSHV), are major complications of progressive disease (AIDS-defining illnesses) resulting from untreated HIV-1 infection. Second, the immunological mechanisms they are studying in the context of immunodeficiency virus infection, specifically the modulation of NK cell responses via KIR-MHC class I polymorphisms and ADCC, are also the basis for a number of current immunotherapies for cancer. Indeed, recent efforts to achieve a “functional cure” of HIV-1 infection, defined as complete and indefinite containment of virus replication in the absence of antiretroviral therapy, have led to the adaptation of many of the same approaches that are under development for cancer immunotherapy, including the use of bi-specific antibodies and chimeric antigen receptors to target cellular reservoirs of HIV-1 infection.